If you’re a woman, you should watch what you say (no tantrums, please) and feel free to take charge of your own libido, according to Republicans near and far.

Here in Wisconsin, Milwaukee Democratic Assemblywoman Christine Sinicki went to Facebook during Gov. Walker’s “state of the state” speech to voice her opinion: “This speech is so full of shit [or sh** as the Journal Sentinel recorded it, lest the sensibilities of some be offended]. Wish I could get up and walk out.”  Sinicki also wrote: “Bottom line…the rich get richer and the poor and middle class continue to get kicked in the butt.” Strong words, but hardly a  major breach of decorum in a democracy.

An alert JS reporter noted Sinicki’s Facebook expressive post and contacted her, seeking an explanation. Sinicki explained the obvious: “It just means that I don’t agree with his remarks at all.” Assembly Speaker Robin Voss (R-Rochester) was said to be “disappointed” with Sinicki’s online behavior and told the JS reporter that “voters sent her here to do a job, not throw a tantrum.”

Not to be pedantic, but nothing was thrown and a tantrum is a prolonged bout of uncontrollable emotional distress, a thing we associate with young children and professional athletes. I suppose because she swore, and likely because she is a she and a Democrat, Voss felt it necessary to scold Sinicki, not that she got a lot of vocal support from fellow Legislature Democrats Larson and Barca. Considering the little Gov. Walker has done for Milwaukee so far, I think it fair to say that Sinicki was doing her job–sticking up for Milwaukee.

Sinicki has since apologized for swearing, but “not for speaking the truth.” Mary Burke, Democratic candidate for governor, agreed that using the offending word was “inappropriate”, which is what you say when running for governor. It’s probably the first thing your consultant says: never swear or display anger in public. But is there a double standard when it comes to what men and women can do and say politically?

Well,  here’s what former Arkansas governor Mike Huckabee said in a speech today, according to The Washington Post:

“If the Democrats want to insult the women of America by making them believe that they are helpless without Uncle Sugar coming in and providing for them a prescription each month for birth control because they cannot control their libido or their reproductive system without the help of the government, then so be it,” Huckabee said. “Let’s take that discussion all across America.”

Huckabee, who some think may be presidential material, seems to be trying to insult Democrats by insulting women. Women can control their libidos and their reproductive biology, Huckabee suggests, without insulting birth control provided by Democrats who want to hook women on the pill and get them dependent on the government for sex. Or something like that. Apparently women yearn to be free of government sex; what they really want, it seems, is libertarian sex, which is less costly than birth control but much more risky for women who prefer not to get pregnant. Huckabee is ready to discuss this point of view “all across America.”

Some of the discussion is likely to feature the women of America using inappropriate language, and for economic reasons beyond the issue of birth control. Is it any wonder that many women swear at, not by, the GOP?

Like Loading...
‹ How UW can go all D2P with QE1 and CO2
Weekend Rebuttal: Gov. Walker’s Tax Surplus Plan is a Gift to the Suburbs › 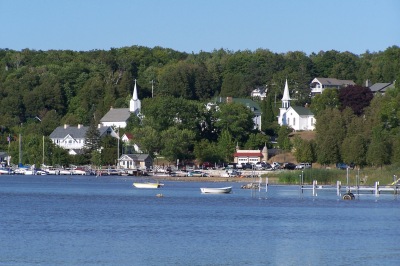