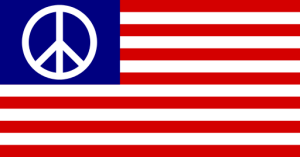 One question not heard at last night’s Republican presidential debate in Milwaukee was anything about what we might call “Patriotgate.” This has nothing to do with deflated footballs but does include the New England Patriots, as well as the Green Bay Packers, Milwaukee Brewers and the UW-Madison Badgers.

A report released last week by Arizona Senators Jeff Flake and John McCain (both Republicans) documents “paid patriotism” between the Department of Defense and professional/collegiate sports teams.   Though three teams in Wisconsin are included in the report, you may have missed the news as local media did not exactly jump all over this story. Though I scoured the pages and website of Wisconsin’s largest newspaper (the Milwaukee Journal Sentinel), I did not find a single print or pixel word on the Senate report. (In contrast, the Indianapolis Star published a lengthy report on Indiana team involvement the day the senators released their report.) A TV station in Green Bay , Wisconsin Public Radio  and the Wisconsin State Journal also reported on the report.

The documents in the “Tackling Paid Patriotism” report address specific instances of pregame and in-game “hero moments” such as singing the national anthem, throwing first pitches and other ceremonial honoring of military personnel but also included the buying of “luxury boxes.” The contracts with Wisconsin teams all were arranged with the Wisconsin Army National Guard, the details of which can be found at the Wisconsin State Journal website. The Packers received the most total money of the Wisconsin teams in fiscal years 2012 and 2014: $200,000.

Why is this paid sports sponsorship of the military a big deal?

Senators McCain and Flake object to the idea of teams receiving payment for what appears to fans and the public as patriotic generosity on the part of professional and collegiate sports. It’s as if someone were to pay you to fly an American flag on your house or pay you to vote. The senators don’t want love of country and honoring the military to be a matter of economics. Senator McCain is an especially hawkish, straight-laced fellow who likes his patriotism and militarism served pure.

But there is a far more crucial and democratic reason to object to sports teams being paid sponsors for the military: the question of equal time. The Wisconsin Army National Guard defends the payments and military displays as a recruitment tool. As the Wisconsin State Journal reports:

“Maj. Paul Rickert of the Wisconsin Army National Guard defended the spending, saying an in-game promotion can build viewers’ interest in enlisting and could lead them to talk with recruiters who have a booth in the stadium.”

Fair enough. But should sports teams be serving as on-field military recruiters? Or put another way: how much would a group of peace activists have to pay, say Veterans for Peace, to have one of their members throw the first pitch or sing “God Bless America”, perhaps wearing a T-shirt adorned with “War is not the answer”? The Pentagon, as everyone knows, has a humongous budget and spends billions of dollars annually on recruitment.  Peace groups do not have such cash on hand, nor do they have, generally speaking, the conventional clout and prestige of the military. As far as I know, no anti-war organization has a booth in any professional or college stadium in the United States. Nor can they afford to watch sporting events from luxury boxes.

Since at least the days of ancient Greece, the relationship between athletes and soldiers has been a close one in Western Civilization, and team sports are especially given to military metaphors –a long pass is “a bomb”, for example–and fanatical loyalty. Still, as violent as football sometimes is (too violent, some say), it ain’t war.

But athletic competition is also a way of bringing nations and peoples together, thus the great popularity of international sporting events like the Olympic Games (also a tradition from the ancient Greeks.) Though the Games have been used in the past for purposes of national propaganda, generally the world recognizes that sport is a friendly and humane form of competition, something that cannot be said of war.

If professional and collegiate sports teams want to honor soldiers and veterans, they, of course, have a right to do so. They do not, however, have to a right to do so with direct compensation from taxpayers. And why is it that the Pentagon has a monopoly on patriotic displays at sporting events? Is there no patriotism involved in diplomacy and other nonviolent alternatives to war? The least our sports teams can do is be good sports and give peaceable patriots a chance.

Like Loading...
‹ Resist the “Instapoets”: a quick poem for the young
After Paris terrorist attack, it’s either war or “appeasement” many say ›